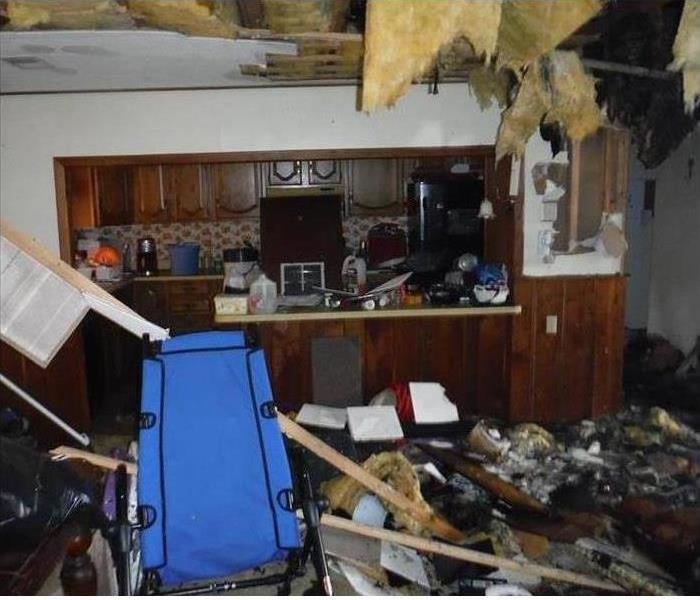 Fire damage began as an electrical fire in the attic. There was a short circuit in a junction box. The fire damaged the rafters, insulation, the electrical system, and the ceiling of the house. Further damage was sustained from the firefighting efforts. The flames had been extinguished with water leaving water to clean up and other water damage to remediate. The firefighters also had to open up areas in the ceiling to inspect for burning embers, so there was a lot of ceiling to dispose of and eventually replace at the end of the project. SERVPRO of South Colorado Springs is qualified and equipped to handle a project such as this from beginning to end. We have the latest equipment available to deal with fire damage and highly trained and certified staff to deliver a top-notch fire damage restoration.

View More Before & After Photos