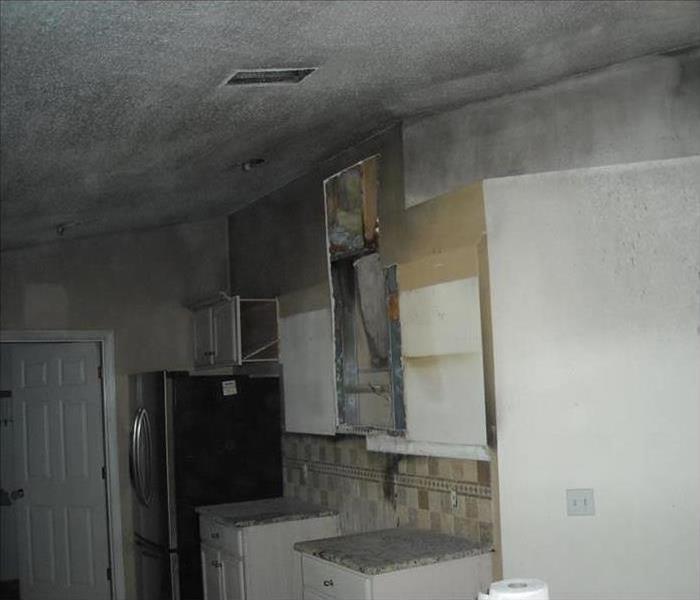 Fire damage at this Colorado Springs home began in the kitchen when a pan was left on the stove too long. The fire damage was limited to the kitchen, but the soot and smoke damage had spread throughout the house by the air conditioning system. The homeowner was also very concerned that the odor from the smoke damage would never go away. SERVPRO, however, has tried and true products and procedures to deal with all of the damages associated with fire damage. The kitchen required that the cabinets be torn out along with the appliances. It was close to a total rebuild. Naturally, soot and smoke damage were the worst in the kitchen and needed serious cleaning. The after photo shows the kitchen after its reconstruction. The homeowners were very pleased with the end product of the project.

View More Before & After Photos