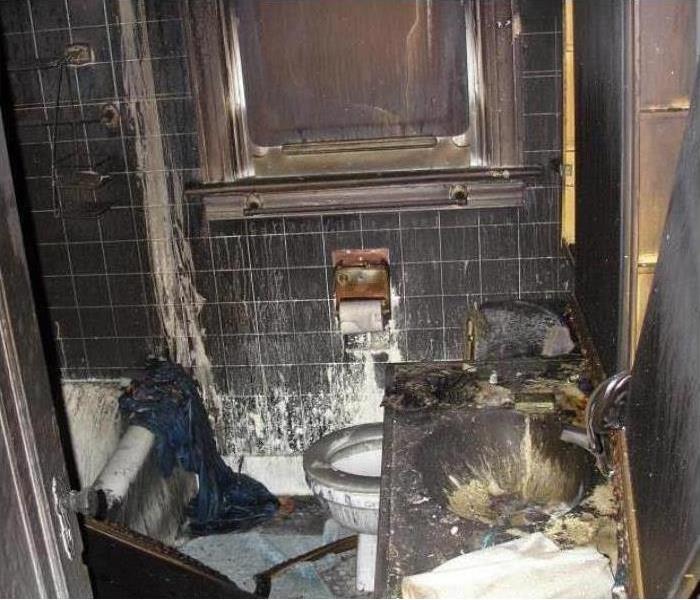 We have the experience, training, and equipment to restore your home to pre-damage conditions after a fire disaster. We are available 24/7.

Know Your Odors: Controlling the Smells That Come With Fire Damage in Colorado Springs

For homeowners who suffer fire damage, one of the most devastating and noxious issues is the ongoing presence of odors. They serve as a reminder of the fire, and they also represent a potential health hazard.

Controlling those odors is a multilayered process, but the SERVPRO fire damage experts in Colorado Springs use a complete set of procedures to solve the problem. And that process starts with basic knowledge involving the nature and characteristics of odor particles.

As you might expect, odor particles are microscopic. They’re typically measured in microns, with a size range of 0.01 to approximately 4 microns.

As small as that number sounds, it becomes even more startling when compared to other tiny objects. For instance, the tip of a human hair measures 75-100 microns, making it dozens of times larger than a typical odor particle. That tininess is what allows odor particles to easily penetrate surfaces in your home after fire damage.

To eliminate them, deodorant particles must be used to penetrate those same surfaces. This allows them to combine with the odor particles and neutralize them.

This is where SERVPRO expertise comes into play. SERVPRO techs know how to create the right conditions for deodorant particles to work so the problem can be solved quickly and completely.

SERVPRO techs also use several other characteristics of odor particles to help eliminate smoke odors. One is the surface porosity of the penetrated materials—the more porous the material, the more likely it is to absorb odors. Another is the concentration of residue on penetrated materials. The more concentrated the residue, the larger the amount of surface area that is typically impacted.