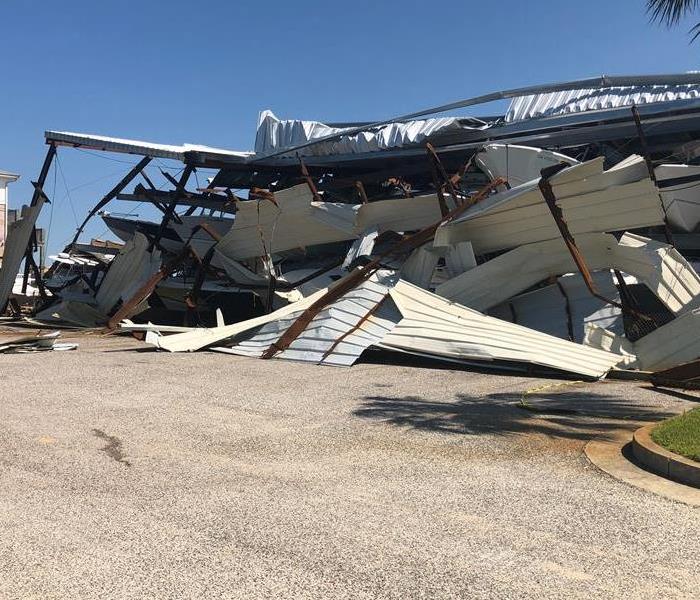 SERVPRO of South Colorado Springs headed down south to begin the restoration, mitigation, and rebuild of Louisiana after Hurricane Laura. We are working hard to put the pieces back together for those affected. 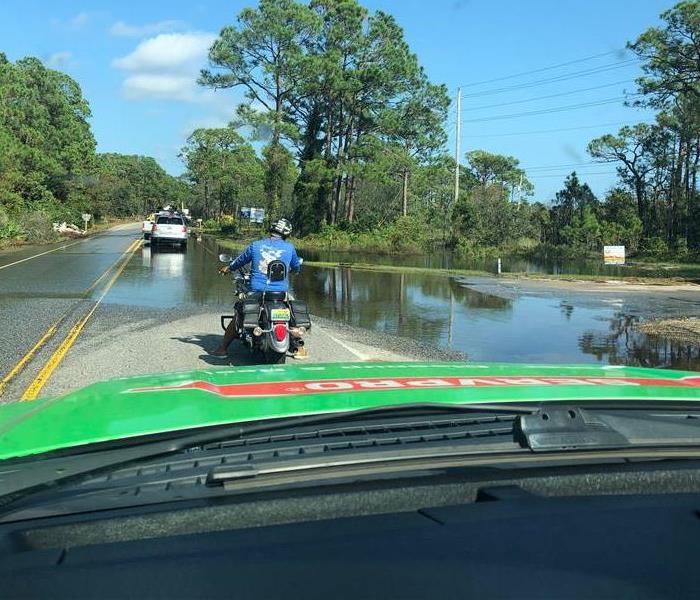 The 2 catastrophic hurricanes this year, Laura and Sally, caused severe damages to Louisiana and Alabama. Our SERVPRO team headed south to start rebuilding the affected communities. Our team is always here to help. 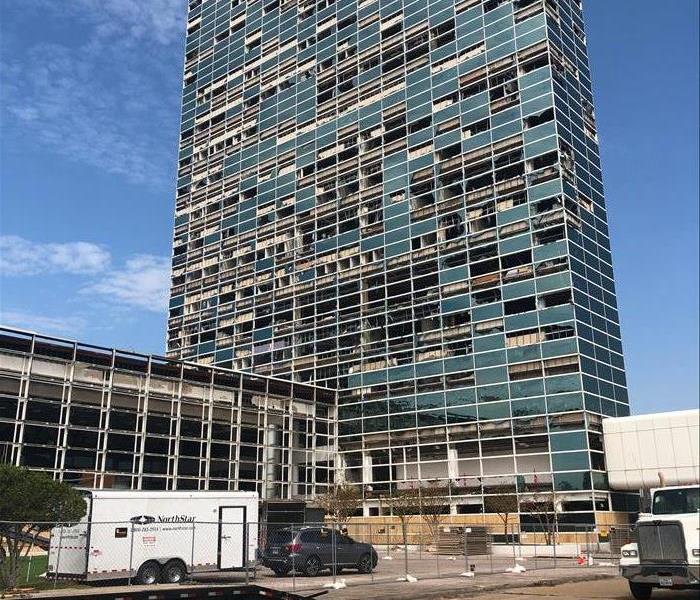 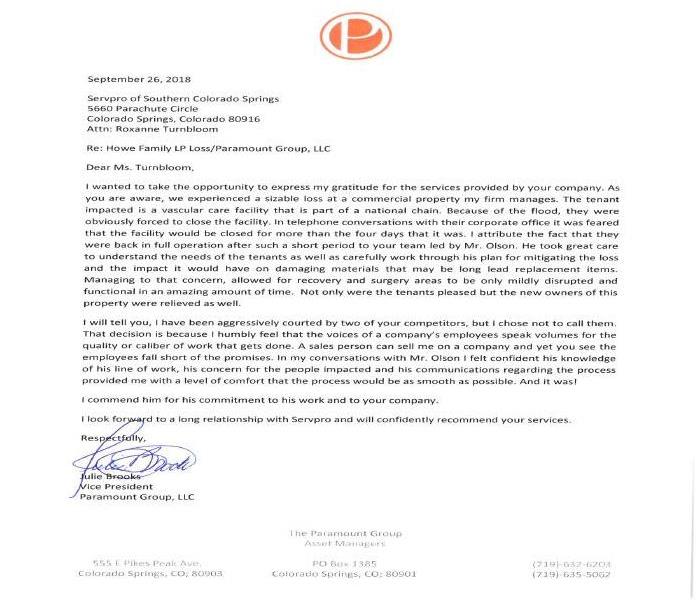 A Letter From Another Happy Customer

Our team received this wonderful letter from a customer that was very happy with the service we provided. Their firm manages multiple properties, and sadly one of them suffered significant flood damage. Thanks to our fast response we were able to get the property back up and running with little interruption to the business. Our crew at SERVPRO of South Colorado Springs takes pride in providing our customers with top-notch service. Our crew will make it “Like it never even happened.” 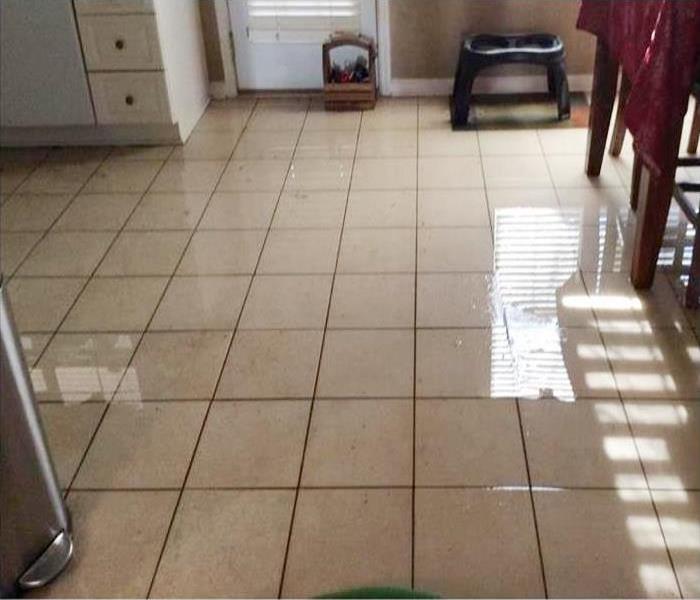 When a storm hits your home, you need help fast. Our fast response will help prevent secondary damage and help reduce your restoration costs. As a leader in storm damage restoration, SERVPRO has the advanced training and experience to restore your property back to its pre-damage condition. Our storm damage restoration process emphasizes progress monitoring, documentation, and scientific drying techniques. “Like it never even happened.” 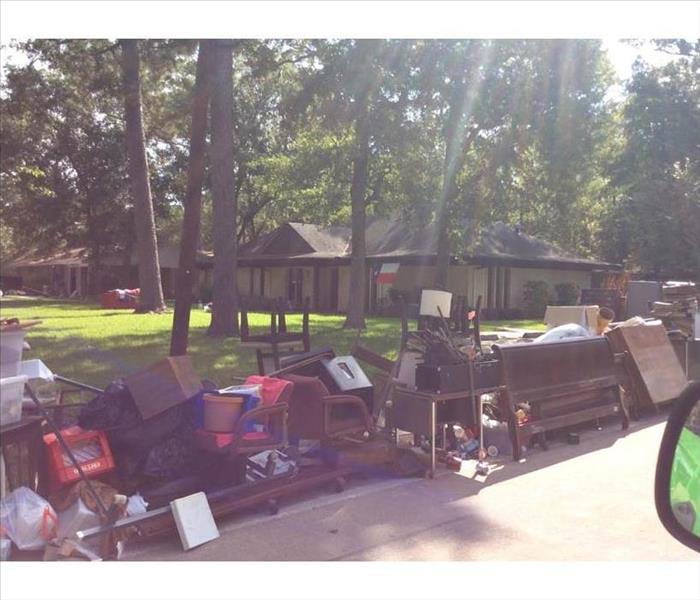 We sent an emergency response team to assist with the terrible effects of Hurricane Harvey in the Houston area. Our SERVPRO team discarded contaminated, water-logged furnishings and belongings where needed as an initial step. We could then focus on salvaging personal possessions and the development structures from further harm. 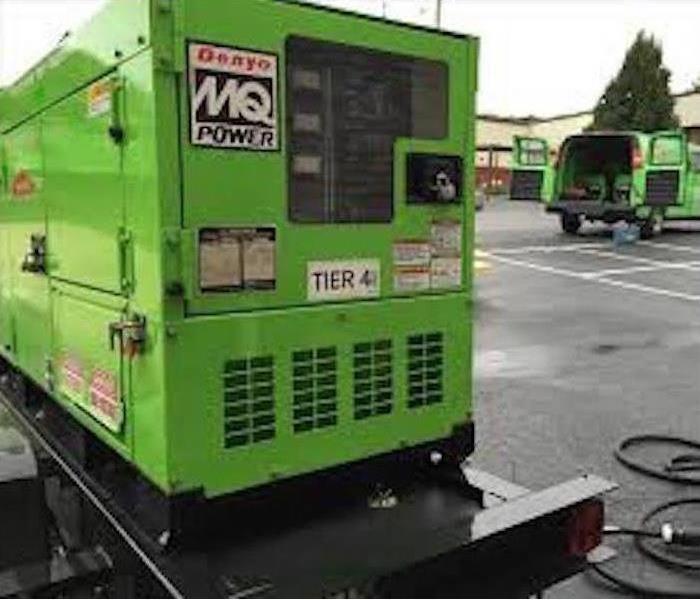 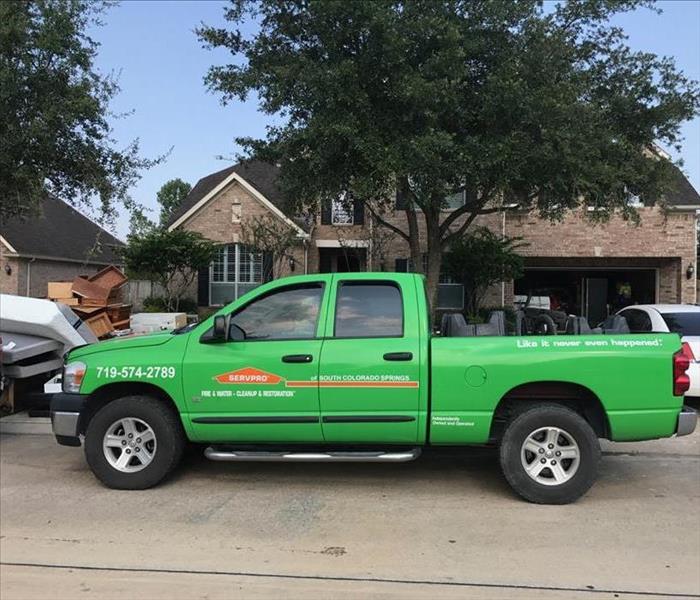 Whenever disaster strikes you can count on SERVPRO to be there.  In the event of a major catastrophe such has Hurricane Harvey, SERVPRO uses what are called "Storm Teams" to coordinate cleanup efforts.

Due to the magnitude of damage, SERVPRO Storm teams are handling cleanup projects on a triage basis.  Our franchise sent two storm teams and an estimator to affected areas.

Unfortunately for many homeowners affected, their homeowners policy will not cover flood damage.  The National Flood Insurance Program (NFIP) only pays for demolition and drying, it does not pay for reconstruction costs.

We are working with families who either have limited insurance or no insurance at all.  It will probably take the region years to recover from this storm. 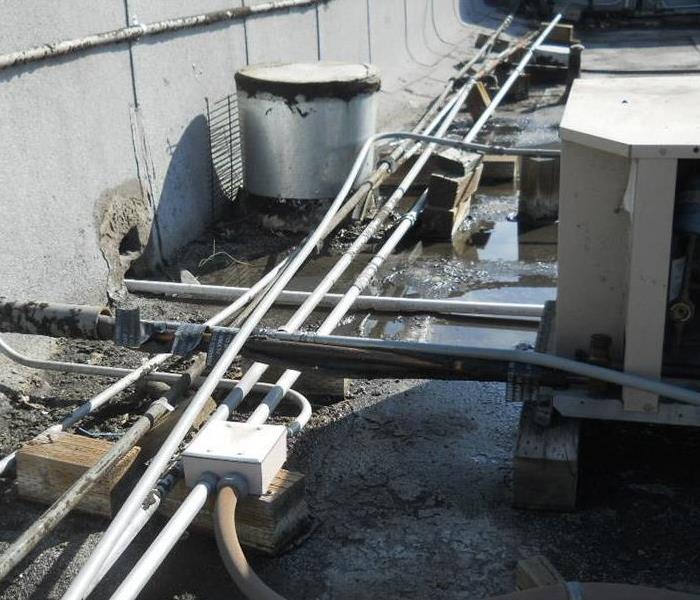 Regardless if your flat roof is on a residential or commercial building, it is important to regularly check on its condition.  For the owner of this business, not maintaining adequate drainage on his roof ended up costing him quite a bit of money.

A strong storm overwhelmed the drainage system on this roof causing water to accumulate on the roof's surface.  As the water pooled, it worked its way inside of the building flooding the rooms below it.

One of the rooms below happened to be a commercial kitchen.  Water caused the ceiling sheetrock to partially collapse creating a hazardous situation for the employees.

After we drained the water from the roof we addressed the interior damage. 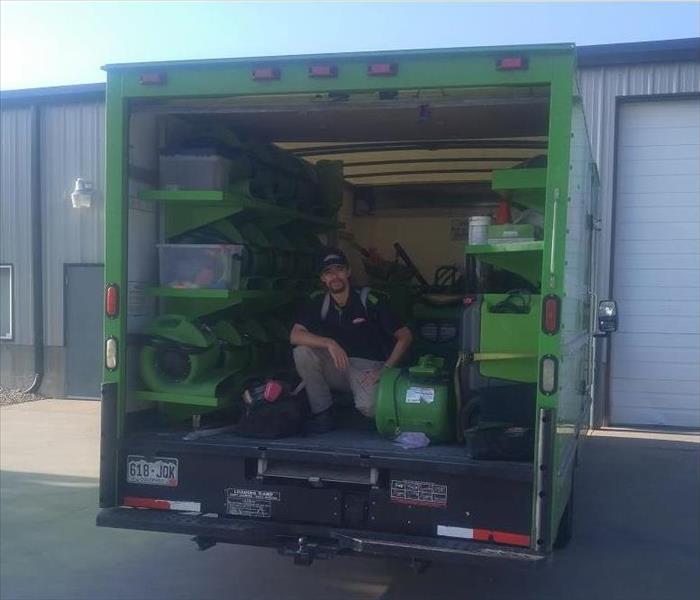 We received a call from the local SERVPRO franchises in the Kansas City area to assist with flood cleanup efforts there.

In this photo our crew chief, Seth, poses with a truckload of equipment ready to depart. 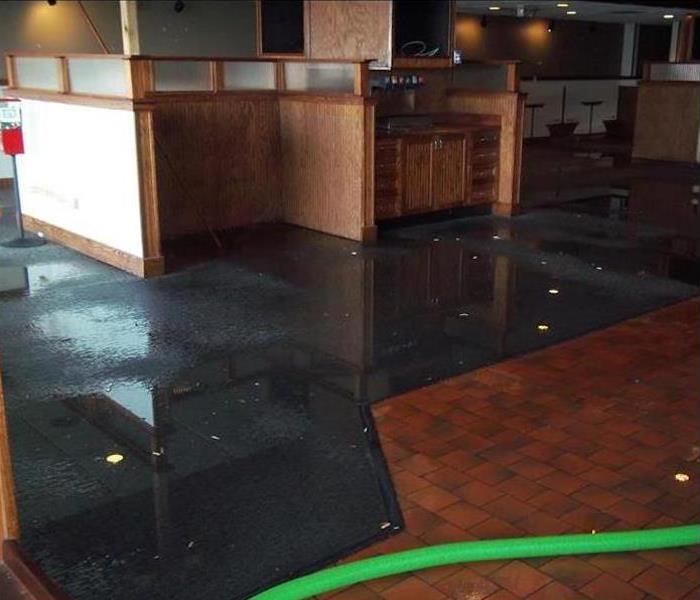 Storm Damage at this Colorado Springs restaurant occurred when very heavy overnight thunderstorms tore a portion of the roof from the building and allowed rainwater to enter the interior of the restaurant. 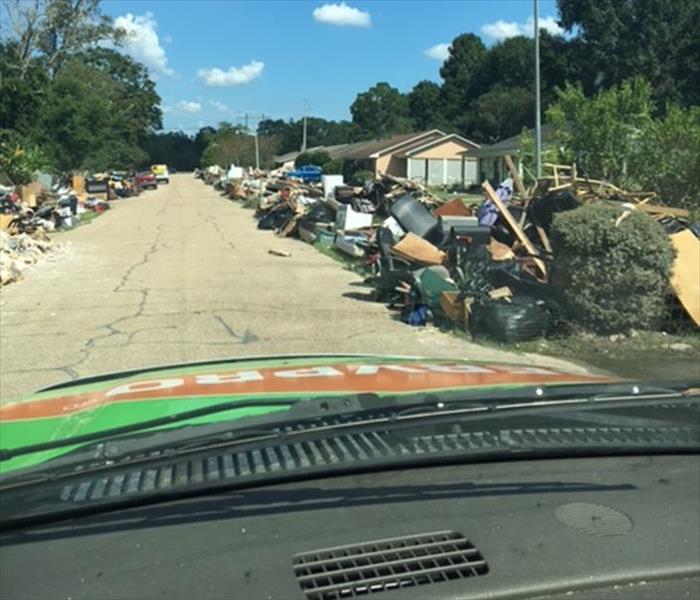 A SERVPRO of South Colorado Springs storm disaster vehicle is driving down a now dry street after the mid-August flooding in Baton Rouge, LA. We dispatched several crews to help salvage homes that were severely damaged by the flooding. Though we had our own flooding to contend with in Colorado, we managed to dispatch help to those in need. We proudly serve local or distant communities in times of natural disasters.